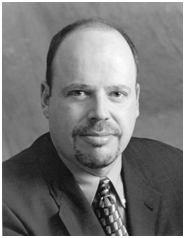 Douglas E. Duckett is a labor and employment attorney who serves as an attorney for public- and private sector employers. He is also a frequent speaker and trainer on wide array of human resources and labor relations issues affecting public employers. In August 2009, Mr. Duckett established his private law practice, now known as the Duckett Law Firm, LLC, which provides legal services to public and private employers in areas such as collective bargaining and labor relations, internal investigations, disciplinary and civil services issues; and training on dealing with problem employees, sexual harassment and discrimination prevention, and other human resources issues. Mr. Duckett has worked with clients from all over Ohio and the United States.

Mr. Duckett served from 1985 until 2009 as in-house labor counsel and personnel administrator for Butler County, Ohio, and in that role, served as chief management negotiator for labor agreements in each fifteen bargaining units with a workforce of 2,200 employees. Mr. Duckett also represented Butler County in a large number of arbitration proceedings and civil service appeals before state agencies and the courts, as well as advising county officials on a wide range of employment-related issues. In June 2010, Mr. Duckett was appointed to a position as the part-time Human Resources Manager for the City of Loveland, Ohio, where he oversees the city’s human resources and labor relations functions while continuing to develop his private practice, received the NPELRA Award of Excellence, the organization’s highest award, in recognition of his career in public service. He also received the OHPELRA Award of Excellence, also the state chapter’s highest award, that same year. He received the NPELRA President’s Award in 2004 and 2007, and the OHPELRA President’s Award in 2006 and 2009.

C21: The Things That Keep us Up At Night