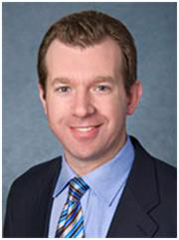 As an attorney at Flaherty & Hood, P.A., Brandon’s practice has been devoted to representing and consulting numerous cities throughout greater Minnesota on labor and employment, annexation and municipal law matters. He has represented cities in negotiations, mediations, contract and grievance arbitrations, and at administrative hearings before the Office of Administrative Hearings and the Bureau of Mediation Services and state district and appellate courts. Furthermore, he concentrates much of his practice on responding to labor and employment related inquiries; conducting internal employment investigations, drafting personnel, administrative and civil service policies, grievance responses, employment dispute settlements and contract language; and advising on hiring, discipline, fitness-for-duty and other personnel actions.

C10: Technology Tips and Traps in the Workplace