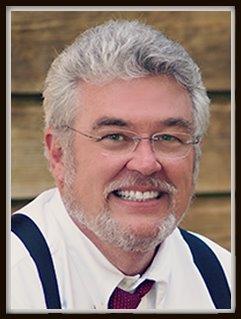 Ron Holifield is CEO of SGR, a full-service consulting firm that specializes in recruiting, selecting, training and developing next generation leaders as well as strategic vision facilitation. His current clients include over 350 organizations in 41 states, training thousands of employees per month. Mr. Holifield has also provided strategic marketing consultation to some of the leading companies in America, including Waste Management and American Express, Xerox, IBM, PeopleSoft, Verizon, Aramark, Space Imaging, NASA and many more.

He previously served almost two decades in City Management with six different cities. Mr. Holifield is a recognized leader in innovation and initiatives to run government using private business principles. While still active as a City Manager, his leadership led “Texas Business Magazine” to name DeSoto as one of the “Best Managed Cities in Texas”, and Texas Outlook Magazine to recognize DeSoto as “One of the Top Twenty Five Texas Cities for Business Relocation”.

Mr. Holifield is a frequent speaker at conferences nationwide, speaking at over 50 events per year. Most recently he spoke at the Missouri City Manager’s Association Annual Conference and at the Northwest States City Manager’s Annual Conference. His first book was jointly published by ICMA and the Alliance for Innovation, and he has contributed to numerous publications and articles. His newest book, Fourth Dimension Leadership, focuses on the process of developing exceptional leaders. It provides a very practical game plan for how an organization can implement a leadership development process that works, Innovations Groups Executive Committee.

Mr. Holifield left city management in 1996 and bought a small consulting firm, which he grew into the 49th largest lobby firm in Texas before selling it to an employee in 1999, when he founded SGR.

C3: The Power of Persuasion