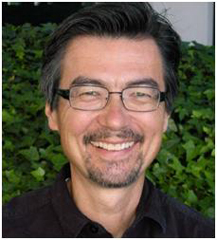 Daniel is a National Practice Employee Benefits Compliance Advisor for Wells Fargo Insurance in Los Angeles, California. He assists customers throughout Southern California in their efforts to comply with federal, state and local laws affecting their employer-sponsored group health and welfare benefit plans.

Daniel earned his B.A. from Yale University in New Haven, Connecticut, and received his J.D. from the University of Pennsylvania Law School in Philadelphia. He has an LL.M. in Taxation from New York University School of Law in New York City. Daniel is an active member of the State Bars of California and Georgia.

Originally from Fort Bragg, North Carolina, Daniel is a past member of the Board of Directors of the Opera League of Los Angeles. He is an Eagle Scout and member of Order of the Arrow with the Boy Scouts of America, and has received a Yale alumni distinguished service award.

W1: What's Next After the ACA? What Every Public Agency Should Know for 2017